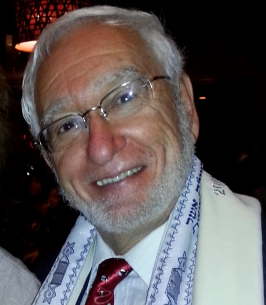 Robert L. ‘Bob’ Wiener, 79, of Wesley Commons in Greenwood, husband of Susan ‘Sue’ Kagan Wiener, died Tuesday, April 12, 2022, at the Hospice House in Greenwood, SC. He was born in Brooklyn, NY to the late Adolph Wiener and Esther Schwartz Wiener.

Mr. Wiener, a 1960 graduate of New Utrecht High School, received his graduate degree from the State University of New York, Oswego, in 1965, his Masters in Special Education from Adelphi University in 1972 and his Doctorate in School District Administration from CW Post/Ll University, New York, in 1980. In 1996, after 33 years, he retired from the Brentwood Public School system in Long Island, NY where he had been named Teacher of the Year for his dedicated service as a special education teacher. Mr. Wiener was the founder and first Spiritual Leader of Temple Oseh Shalom in Bluffton, SC. His hobbies included amateur radio, painting, gardening, chess, playing the ukulele and, in healthier times, leading nature and history tours, bicycle riding with his beloved Chain Gang on Hilton Head, SC, square dancing and travel. He and his beloved traveled the world for their 50th anniversary! Mr. Wiener was also a proud member of Hadassah, Lion’s Club and the Audubon Society.

In addition to his parents, he was preceded in death by a brother, Fred Wiener and sister, Marilyn Aigen.

Mr. Wiener leaves behind a legacy of altruism, love and kindness…and always a smile.