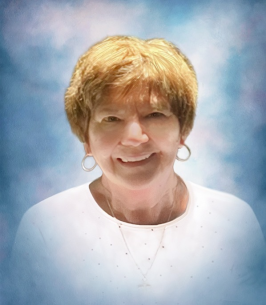 Maureen Burns Lorenzatti, 79, of the Savannah Lakes Community, wife of Dave Lorenzatti Sr., died Monday, June 6, 2022, at Self Regional Healthcare. Born in New York, NY, she was the daughter of the late Robert and Kathryn O’Brien Burns.

Maureen attended elementary and high school in Springfield, MA, graduating from Cathedral High School in 1960. Obtaining her bachelor’s degree from Elms College in Chicopee, MA in 1964, she began her teaching career as an elementary teacher in Longmeadow, MA. Later, Maureen was employed with Mass Mutual Financial Services Co. for 25 years. Selected as the first chairman of the Board of Trustees of Cathedral High School, Maureen also served on the West Springfield Historic Commission. She was a member of The Sacred Heart Church Lay Ministry in Massachusetts.

After relocating to McCormick, SC, Maureen and her husband, Dave, continued their civic involvement. She served on the McCormick County Visitor’s Committee, former docent at Lander University and volunteered with Hospice and Habitat for Humanity. Maureen also was a member of the book club in McCormick. As an active member of Good Shepherd Catholic church, she was associated with the Good Shepherd Bereavement Ministry.

In addition to her parents, she was preceded in death by her brother, Kevin Burns.

A Liturgy of Christian Burial will be held Saturday, June 11, 2022 at 10:00AM in Good Shepherd Catholic Church, McCormick, SC with Rev. Father Jacob Joseph officiating. Inurnment will follow in the Columbarium Rosary Prayer Garden. Following the Inurnment, a reception will be held in the Parish Hall. The service for Maureen will be live-streamed and may be viewed by visiting the website for the Good Shepherd Catholic Church, McCormick, SC www.goodshepherdmccormick.com.