To share your memory on the wall of Louis Terramagra, sign in using one of the following options:

He was born February 26, 1940 in Boston, Massachusetts, son of Rose Terramagra.

He was born February 26, 1940 in Boston, Massachusetts, son of Rose Terramagra.

Louis grew up with extended family in East Boston, and graduated from East Boston High School in 1958. Following graduation, he attended beauty school in Boston and studied in New York City under cosmetic entrepreneur Helena Rubinstein and world renowned hair stylist Michael Kazan. Louis was a talented and successful business owner. In addition to his loyal clientele, he was a hair stylist to many Hollywood stars and politicians. He opened his first salon experience, Renaissance, (later known as Terramagra), on Boston’s Newbury Street in 1965. His second salon, Terramagra, followed on Congress Street in Portsmouth N.H. in 1985. A lover of art and fashion, Louis strived to bring “The Best in Beauty” to all of his clients. His career spanned five decades offering the total image of balance and harmony to women and men. His unique eye for hair, makeup, clothing, jewelry, nails and accessories made a large impact on style and fashion and his clients adored him.

Louis loved spending the holidays with family and friends and enjoyed competitive game nights and entertaining. He traveled with friends, spending most of his time in Ireland, Italy, New York City and Florida. He also had a deep passion for horses. He was extensively involved in competitive horse showing, owning, training, boarding and riding and felt most at home on his farms. He spent a lot of his time between Hampton Falls, New Hampshire and Ocala, Florida. He also loved spending time with his most beloved dogs over the years.

Louis retired to South Carolina, where he enjoyed gardening in his yard and spending time with his rescue miniature schnauzer, Ginger. Louis will be deeply missed by everyone that knew him.

Louis is survived by many family and friends, including his cherished niece Lisa (Hutchinson) Sullivan and her husband Greg of South Carolina, many cousins in New England, and beloved godchildren.

At this time a remembrance will take place at a later date for a limited number of family and friends. Those who wish to remember Louis in a special way may make gifts in his memory to the EQUUS Foundation, https://www.equusfoundation.org/
Read Less

To send flowers to the family or plant a tree in memory of Louis Philip Terramagra, please visit our Heartfelt Sympathies Store.

Receive notifications about information and event scheduling for Louis

There are no events scheduled. You can still show your support by sending flowers directly to the family, or planting a memorial tree in memory of Louis Philip Terramagra.
Visit the Heartfelt Sympathies Store

We encourage you to share your most beloved memories of Louis here, so that the family and other loved ones can always see it. You can upload cherished photographs, or share your favorite stories, and can even comment on those shared by others.

Posted May 06, 2021 at 05:47pm
Louis was a dear friend, not to mention our hair stylist, for almost the past 40 years. We shared many memorable times together and will miss him very much. Our condolences to his family and friends.
Sincerely,
Frank Manchester and Doug Johnson
Comment Share
Share via:
HS

Flowers were purchased and a memorial tree planted for the family of Louis Terramagra. Send Flowers 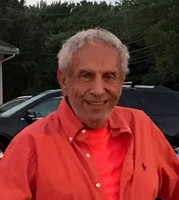