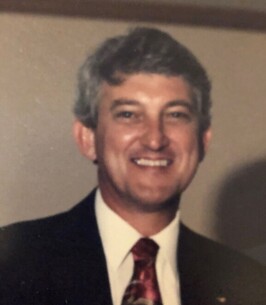 John White, 75, of Abbeville, husband of Linda Winn Harris, died Monday, August 22, 2022 at his home. He was born in Morganton, NC to the late Hazel John White and Selma Eaker White.

John was a graduate of Salem High School in Morganton, NC and the University of North Carolina at Chapel Hill. He honorably served his country in the United States Marines from 1965 - 1974 where he received the National Defense Service Medal. Employed as a computer programmer for many years, John retired as the Abbeville County Veteran Service Officer. He was a member of the American Legion Riders - Post 2, Abbeville.

In addition to his parents, he was preceded in death by a brother, Ken White.

In lieu of flowers, the family respectfully requests memorial contributions, in memory of John may be sent to HomeBridge Hospice, 763 Hwy. 28 Bypass, Suite 16, Abbeville, SC 29620.

The family is at the home.