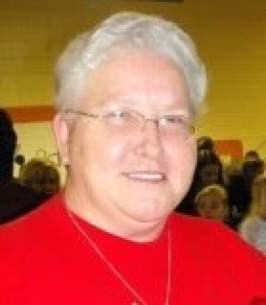 Janice Parnell Ferguson, 63, of Abbeville, wife of the late Harold D. Ferguson, died Wednesday, March 2, 2022, at Self Regional Healthcare. She was born in Lowndesville to the late Edward Walker Parnell and Sara Waters Parnell.

Mrs. Ferguson, a 1976 graduate of Calhoun Falls High School, began her work career at Flexible Tubing and retired from the S.C. Department of Corrections Leath Facility after 25 years of dedicated service. She has been a member of Lowndesville Pentecostal Holiness Church since the early 70’s. Mrs. Ferguson enjoyed spending time with her pet, ‘Scooter’, family, traveling to the mountains and beaches. She faithfully and lovingly cared for her sister, ‘Mickie’, for the past ten years.

In addition to her parents and husband, she was preceded in death by two brothers, Edward ‘RePete’ Parnell and James ‘Onion’ Parnell.

The family is at the home of Mr. and Mrs. Sam Ferguson.