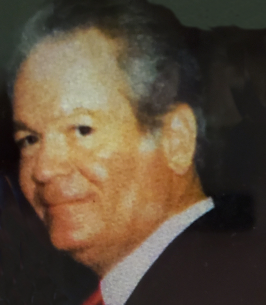 James W. ‘Jimmy’ Knox, Jr., 86, husband of Pamela Reiberg Knox, passed away peacefully at home in Due West, SC, surrounded by his family on Friday, April 22, 2022. He was born in Abbeville to the late James Wallace Knox, Sr. and Ella Brooks Ferguson Knox.

A 1953 graduate of Abbeville High School, Jim was very active in high school sports, earning best all-around athlete his senior year. He has always been an entrepreneur. Jim started Knox Machine Works in Abbeville, specializing in the manufacture of textile parts. Later, he opened Tri-State Machinery Company in Greenville, concentrating in buying and selling used industrial machine tools. Tri-State Machinery Company brought forth Fort Knox Auctioneers. This led to conducting industrial auctions in twenty-three states and receiving the MDNA (Machinery Dealers National Association) award for best auction brochure of the year. Jim was always interested in widening the scope of his business activities. He received his pilot’s license enabling him to travel more quickly within the areas of his work.

While growing up and living in Abbeville, he was an active member of Warrenton Presbyterian Church. He served on the Abbeville City Council for two years and was active in the Abbeville Lions Club.

After retiring, he moved to Florida to help care for his mother-in-law and late father-in-law. While in Florida he fulfilled a lifelong dream of writing three novels; Deadly Revenge, Love & Justice and All Appeals Denied. In 2015, he returned to South Carolina hoping to spend his final years in the Abbeville area with relatives and many, many friends.

In addition to his parents, he was preceded in death by two daughters, Kyle Knox Thompson and Patti Knox Nickles and his father-in-law, Dale Reiberg.

A service to celebrate the life of James W. ‘Jimmy’ Knox, Jr. will be 4:00PM Thursday, April 28, 2022, in Harris Funeral Home Abbeville Chapel.
The family will receive friends following the service.

The family is at their respective homes.