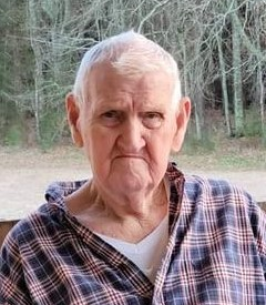 Franklin Perrin 'Booger' Scott, 88, of Abbeville, died Saturday, July 17, 2022 at his residence surrounded by his beloved dog and family. He was born in Abbeville to the late George E. and Pearl Mahaffey Scott.

At an early age Mr. Scott went to work for Abbeville Mills then joined the U.S. Army and served in Germany for two of his four years. He retired after over 40 years of dedicated service from Bloomsburg Mills. Mr. Scott enjoyed the outdoors and spending time with his family and his dog.

In addition to his parents, he was preceded in death by five sisters and three brothers.

Mr. Scott is survived by his two daughters, Kerry Fleming (Greg) and Wanda Thomas both of Abbeville; a sister, Mary Cartledge of Abbeville and six grandchildren.

Memorial contributions, in memory of Mr. Scott, may be made to the Greater Abbeville Humane Society, PO Box 256, Abbeville, SC 29620.