To share your memory on the wall of Evelyn McCalla, sign in using one of the following options:

Print
Evelyn Reaber McCalla, 81, of Iva, wife of the late Mattox P. ‘Mac’ McCalla, Jr., died Wednesday, December 30, 2020 at her home. She was born in Providence, RI to the late Karl Reaber and Edith Levenson Reaber.

Affectionately known as ‘Honey’, Mrs. McCalla was employed as an administrative office assistant for Dr. Anne Young in Anderson and retired from Anderson County Registration and Elections. She enjoyed involvement in the Mt. Carmel Yacht Club and playing Solitaire on the computer. Honey was a member of Smyrna United Methodist Church. Family was most important to her, bringing much happiness and joy.

In addition to her parents and husband, she was preceded in death by two sisters, Cynthia Reaber and Carolyn Hughes.

A family graveside service will be held 11:00AM, Saturday, January 2, 2021 in Iva City Cemetery with Rev. Donnie Murdock officiating.

The family is at the home in Iva.

Memorial contributions, in memory of Honey, may be sent to Hospice of the Upstate, Rainey Hospice House, 1835 Rogers Road, Anderson, SC 29621.

A message of the condolence may be sent to the family by visiting www.harrisfuneral.com.

To send flowers to the family or plant a tree in memory of Evelyn McCalla (Reaber), please visit our Heartfelt Sympathies Store.

Receive notifications about information and event scheduling for Evelyn

Provide comfort for the family with a meaningful gesture of sympathy.

Show you care by sending Flowers

We encourage you to share your most beloved memories of Evelyn here, so that the family and other loved ones can always see it. You can upload cherished photographs, or share your favorite stories, and can even comment on those shared by others. 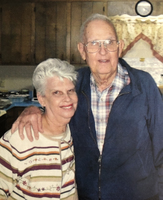