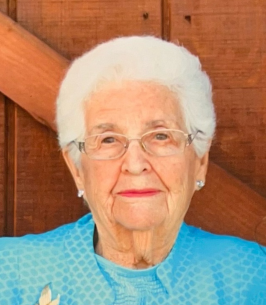 Elizabeth Crawford Ferguson, 93, of Abbeville SC, wife of the late Sam A. Ferguson, died Sunday, September 11, 2022 at Emerald Gardens in Greenwood, SC. She was born in Abbeville to the late William Thomas and Mary Reid Crawford.

Mrs. Ferguson, a 1947 graduate of Antreville High School, was a member of the Eastern Star and formerly served on the Abbeville County Election Board. She loved her family, especially her grandchildren and great-grandchildren. Mrs. Ferguson was a devoted member of Bells United Methodist Church.

In addition to her husband and parents, she was preceded in death by a grandson, Michael Faulkenberry and three brothers, Harold Reid Crawford, Tommy Crawford and Robert Crawford.

The family will receive friends 1:00PM - 2:00PM, Wednesday, September 14, 2022, in Bells United Methodist Church. Funeral services will begin at 2:30PM in the church sanctuary with Rev. Scott Allen officiating. Burial will follow in the church cemetery.

The family is at their respective homes.