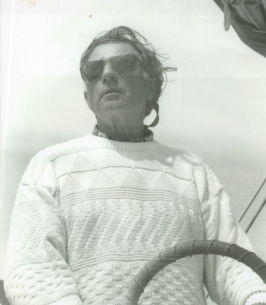 David left this world March 15, 2022 with his beloved wife, Sharon, at his side.

He was born on July 11, 1931, in Winchendon, Massachusetts, the son of David II and Mary Martin Cramer. His father died in the line of duty as a policeman when David was ten. Although he was faced with difficult years of the Great Depression in his childhood, he envisioned pursuing a career in medicine, working in a small town.

David was awarded a full scholarship to Westminster School of Simsbury, Connecticut due to his athletic ability as a pitcher. He was Valedictorian of his graduating class and accepted to both Harvard and Yale with a full scholarship. David chose Yale as the premier institution, graduating with “highest orations” and a full scholarship to Yale School of Medicine. He graduated from the Yale School of Medicine in 1957. David completed his surgical residency at Tufts in Boston and a post doctorate Master’s in Surgery. He spent a year as a pioneer in laboratory research pursuing techniques for liver transplantation.

David moved to Minnesota to pursue a life of fishing and boating on the Mississippi. He referenced Tom Sawyer in many of his antics. He enjoyed golf and became the Club Champion. In Wabasha, David was the only surgeon in two counties. He had a close relationship with the Mayo Clinic and was recognized by their Board of Directors. He was a member of the American College of Surgeons and the Minnesota Surgical Society.

He had dreams of ocean sailing and moved to South Carolina. David has sailed more than 50,000 blue water miles aboard his sailboat, the Chasse Maree. He enjoyed many years of laughter, friendship and worthy tales with family and friends aboard his sailboat.

David practiced General Surgery in Abbeville, SC from 1988 – 2003. He retired from surgery at the age of 72 but remained active in his sailing endeavors until the age of 90. He is responsible for introducing laparoscopic surgery to Abbeville Hospital and was a member of the American Society of Gastroendoscopic Surgeons (Sages).

He enjoyed working in his garage, dubbed the Crepe Myrtle Pub. You could always find a new project or four in progress while friends sat around and solved the world’s issues. David refinished furniture, repurposed items, and designed new ones. He did wood sculpture and at the insistence of his wife, created reindeers for Christmas decorations. He kept his manual dexterity and creativity alive through these activities.

In addition to being an excellent surgeon and an experienced sailor, he will be remembered for his humor, his generosity to others and his love of people.

David is survived by his beloved wife of 23 years, Sharon; his children David E. Martin, IV, Elizabeth Martin, Leslie Martin, Sharron Porter (John), David Delgado, Jr. (Jenny), Robert Eric Delgado (Haley) and Brent Mora Delgado (Taylor); six grandchildren and one great-granddaughter.
At this time, there will not be a service; however, a celebration of his life will be scheduled.

Memorial donations, in memory of David, may be made to the Greater Abbeville Humane Society, Attn: Barbara Freese, 200 Greenville St., Abbeville, SC 29620, Providence Presbyterian Church, PO Box 226, Lowndesville, SC 29659 or a charity of one’s choice in his memory.