To share your memory on the wall of Donnie Owen, sign in using one of the following options:

Print
Donnie Owen, 60, of Abbeville, SC died Tuesday, January 12, 2021 at his residence. He was born in Anderson County to the late J.D. and Mary Hazel Stargel Owen.

Donnie was a 1978 graduate of Palmetto High School and member of Beaverdam Ba... Read More
Donnie Owen, 60, of Abbeville, SC died Tuesday, January 12, 2021 at his residence. He was born in Anderson County to the late J.D. and Mary Hazel Stargel Owen.

Donnie was a 1978 graduate of Palmetto High School and member of Beaverdam Baptist Church in Williamston. He was a Past Master and active mason in the Clinton Masonic Lodge #3 AFM in Abbeville. Donnie, for many years, could be found during the day working at Saxon’s Grocery where he enjoyed spending time with customers and friends and early evenings at Wings on the Square. He never met a stranger and was always willing to help out where he could.

In addition to his parents, Donnie was preceded in death by two brothers, Robert Gary Owen and James Paul Owen.

A service to celebrate Donnie’s life will be 2:00PM Saturday, January 16, 2021 in the Harris Funeral Home Chapel with Masonic Rites. Masks are required for all attending the service. Those in attendance are also encouraged to dress casually.

To send flowers to the family or plant a tree in memory of Donnie Owen, please visit our Heartfelt Sympathies Store.

Receive notifications about information and event scheduling for Donnie

Provide comfort for the family with a meaningful gesture of sympathy.

Show you care by sending Flowers

We encourage you to share your most beloved memories of Donnie here, so that the family and other loved ones can always see it. You can upload cherished photographs, or share your favorite stories, and can even comment on those shared by others.

Posted Jan 16, 2021 at 09:44am
My heart is broken. Many memories with Donnie. Always had a smile and he would keep you laughing. Prayers for his family. He will be missed. R.I.P my friend
Comment Share
Share via:
S

Posted Jan 15, 2021 at 06:48pm
We're so thankful that we got to see you and hug you one more time sweet friend. Always in our hearts💖 Wayne and Tammie Brown
Comment Share
Share via:
BC

Posted Jan 15, 2021 at 01:26pm
Kenneth, Debbie, Marvin, and Becky and Owen Family: I was sorry to hear about Donnie's death. I reconnected with him after many years when my family and I moved to Abbeville about nine and a half years ago. He was always very nice and friendly when I would see him where he worked and it was good seeing someone from my early childhood days again. We will be praying for all of you as you grieve his passing.

Posted Jan 14, 2021 at 01:56pm
We are so sorry to hear about Donnie’s passing. All of you are in our thoughts and prayers. He will surely be missed by all of us! God Bless You All. 🙏🏻🙏🏻
Donnie & Kathy Grant Abbeville, SC
Comment Share
Share via:
CB

Clyde and I are so sorry to hear of Donnie's passing. He was a dear friend of our family. He was such a happy fella and spread his joy around to all. Donnie helped us when we ran Ram's Place and he lived behind the store many years. .He will be missed by all of our family 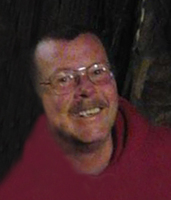