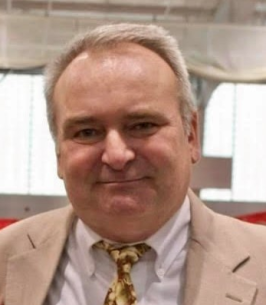 Steve attended local schools. He was employed in manufacturing management and administration across several sectors including textile mills, Michelin and Capsugel.

An outstanding musician, Steve was a multi-instrumentalist, sang in choirs and played bagpipes throughout his teenage years, continuing through college and beyond. His love of music allowed him to perform and share his talents across the region and in Europe. Steve graduated from The Citadel in 1981 as a member of the Band Company and was Drum Major of the Regimental Pipe Band.

Steve was also an avid outdoorsman. He enjoyed fishing and hunting, especially for bass and deer. Steve was well known for being a talented fisherman, competing in many tournaments. He could often be found on a pond, spending the day catching anything that would bite.

Steve passed along his appreciation for nature and music to his children. They learned to hold a fishing pole before they could hold pencils and received degrees in music education.

Steve was thoughtful and understood that life was filled with ups and downs. He assured everyone that there was no such thing as normal, except for a setting on a washing machine. Steve reminded us that the opposite of more wasn’t less, as one may think, but simply ‘enough’.

He was preceded in death by his father, Archie ‘Bull’ Nixon.

A celebration of Steve’s life will be 3:00PM, Sunday, April 10, 2022 in Harris Funeral Home with Rev. Brandon Fulmer officiating. The family will receive friends following the service.

The family is at the home of his mother, Elaine Payne Nixon.

Memorial contributions, in memory of Steve, may be sent to the SC Department of Natural Resources, PO Box 167, Columbia, SC 29202-0167, or visit dnr.sc.gov.

A message of condolence may be sent to the family by visiting www. harrisfuneral.com.